Code of Conduct for suppliers of TROX

TROX is the leader in the development, manufacturing and sale of components and systems for the air conditioning and ventilation of rooms. Founded in 1951 TROX has subsidiaries in 24 countries on all 5 continents, 14 production facilities, and further importers and representatives. Thus TROX is present in more than 70 countries.

As the TROX GROUP we are aware of our social responsibility. We commit ourselves to values like integrity and fairness in all procurement processes and expect the same from our suppliers.

This conduct guideline is to be signed by our suppliers. It is binding for the signing supplier and its associated companies (further called the supplier), its management as well as its employees and is herewith agreed to be the basis for all business relations with the TROX GROUP.

The ethical guidelines are amongst others based on the principles of the UN Com- pact, the ILO-Conventions, on the general declaration of Human Rights of the United Nations, the UN-conventions regarding the rights of children and prevention of any discrimination of women as well as the OECD guidelines for international corporations. The following sections 2 to 5 represent minimum standards and shall prevent situations which could question the integrity of the company as well as its employees.

The supplier respects the principles of the Global Compact and its management works towards the achievement of the objectives mentioned therein.

The supplier commits to upholding its social responsibility in all business dealings.

In all its business activities and decisions, the supplier commits to respecting the applicable legal system with its laws, guidelines and other regulations of the countries in which it is active as well as the above mentioned international regulations. Business partners are to be treated fairly. Contracts are to be upheld. In particular intellectual property rights will be respected and software will be licensed correctly.

In dealing with business partners (customers, suppliers) and state institutions, the interests of the company and the private interests of employees on both sides are to be kept strictly separate. Actions and (purchasing) decisions are to be taken free of considerations not concerning the business and personal interests.

The respective applicable anti-corruption laws are to be upheld. In any case the following are to be considered:

The granting of personal advantages (in particular benefits such as payments and loans, including the giving of smaller gifts over a longer period of time) by the supplier and their employees to public officials (such as civil servants or public employees) with the objective of gaining advantages for the supplier or oneself and / or for third parties, is not permitted.

Personal benefits in exchange for afavouredposition in business dealings may not be offered, promised, granted or approved. Nor may personal benefits be demanded or accepted in dealings with business partners. The supplier must require from its employees that they will not allow any such benefits to be promised to them.

In the course of business dealings the management and employees of the supplier are not allowed to offer, promise, demand or grant gifts, payments, invitations or services that are provided with the intention of influencing a business relationship in an unlawful way or jeopardizing the professional independence of the business partner. Neither the management nor the employees of the supplier are allowed to accept such benefits, if offered to them with aforementioned intention during business dealings. This generally does not apply to gifts and invitations that can be considered as normal business practice with regard to hospitality, and that are in accordance with the anti-corruption laws and regulations applicable.

TROX GROUP employees should not be granted any personal benefits!

If the supplier has published guidelines that regulate the donation of presents and invitations we kindly ask for an indication.

b) Dealings with Competitors (Anti-trust Law)

The supplier respects fair competition. Thus the signing company adheres to national and international laws and regulation that protect and promote competition.

In dealing with competitors, these provisions in particular prohibit collusion and other activities (e. g. cartels or monopolies) aimed at illegally influencing prices or conditions, dividing up sales territories or customers or using prohibited means to limit free and open competition. Furthermore, these provisions prohibit agreements between customers and suppliers by which customers are to be enjoined in their economic freedom to autonomously determine their pricing and miscellaneous conditions when reselling (determination of pricing and conditions).

Given the fact that it can be difficult to distinguish between prohibited cartels and legitimate collaboration, the supplier shall designate a person who can be contacted in case of doubt.

The supplier commits to opposing all forms of discrimination. This applies in particular to unfair treatment on the basis of gender, race, disability, ethnic or cultural origin, religion or world view, age or sexual orientation. Further the supplier shall not accept behaviour(in speech, gestures or physical contact) of its employees that exerts sexual force to others, threatens or exploits others.

The supplier guarantees safety and health protection for workers at their workplace within the scope of national provisions. The supplier supports continuous progression towards improvement of the working environment.

The signing company respects its employees' right of association, appropriate payment; meets minimum wages as well as set working hours for its employees according to for these matters applicable laws and regulations.

The supplier rejects any form of forcedlabour.

The supplier respects the regulations of the United Nations on Human Rights and children's rights. In particular, the supplier commits to complying with the Convention concerning the minimum age for admission to employment (Convention No 138 of the InternationalLabourOrganization) as well as the Convention concerning the prohibition and immediate action for the elimination of the worst forms of childlabour (Convention No 182 of the InternationalLabourOrganization). If a national regulation concerning childlabour provides for stricter measures, these shall have precedence.

The supplier is committed to sustainably upholding the goal of environmental protection for current and future generations. National and international laws, guidelines and resolutions that were passed for the protection of the environment are to be obeyed. The supplier aims for the permanent reduction of pollution that might be caused by its internal and external processes and will introduce an environmental management system if necessary.

The supplier places its employees under the obligation to safeguard trade and company secrets. Confidential information, as well as confidential documents may not be given nor, in any other way, made accessible to third parties , unless proper authorization has been granted. Publicly available information is exempt from this confidentiality.

The supplier shall apply the principle of non-discriminating selection of its suppliers.

TROX reserves the right to control the compliance with this Code of Conduct for Suppliers of TROX upon appropriate pre-announcement. TROX encourages its suppliers to introduce their own binding Code of Conducts for ethicalbehaviour.

Any violation of the duties mentioned in this Code of Conduct for Suppliers of TROX will be considered as a material breach of contract by the supplier.

The signing supplier herewith confirms the receipt of the Code of Conduct for Suppliers of TROX, Version 01 / 2014. The supplier commits himself to comply with its content and the consequent duties.

He further declares that he will make the content thereof and the resulting duties known to its employees as well as subsidiaries, suppliers and subcontracted companies. The supplier will request from all of these stakeholders to follow the contents of the Code of Conduct for Suppliers of TROX and uphold the obligations that result from it.

The supplier is free to introduce further guidelines with stronger requirements for itself as well as for its employees and business partners.

The supplier commits itself, in particular, by developing and adapting guidelines and processes, to aim for full compliance with the principles of this Code of Conduct for Supplier of TROX.

This document must be signed by an authorized representative of the company (supplier) and be re- turned to TROX within 20 business days after receipt of the document. DIRECTIONS How to find us

Recommend this page by sending a link by mail.

Thank you for your recommendation!

Your recommendation has been sent and should arrive shortly.

We are here for you 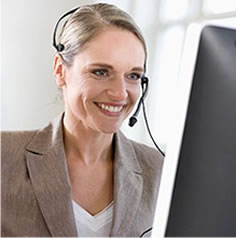 Thank you for your message!

We are here for you

Thank you for your message!

By clicking the button, you allow us to provide you with an excellent website experience and easy shopping processes. These cookies include ones that are necessary for the operation of the site and for the control of our services and applications, as well as ones that are used solely for statistical purposes, for convenience settings or to display personalized content. You can decide which categories you want to allow and you can adjust the data utilisation settings based on your individual requirements. Please note that, depending on the settings that you have selected, all functionalities of the page might not be available. You can change your selection at any time.

FOR THE BEST TROX EXPERIENCE

By clicking the button, you allow us to provide you with an excellent website experience and easy shopping processes. These cookies include ones that are necessary for the operation of the site and for the control of our services and applications, as well as ones that are used solely for statistical purposes, for convenience settings or to display personalized content. You can decide which categories you want to allow and you can adjust the data utilisation settings based on your individual requirements. Please note that, depending on the settings that you have selected, all functionalities of the page might not be available. You can change your selection at any time.
Privacy
More Settings Hide Settings
Accept All
Change Settings